10 Myths & Facts About Premature Ejaculation Every Man Should Know! 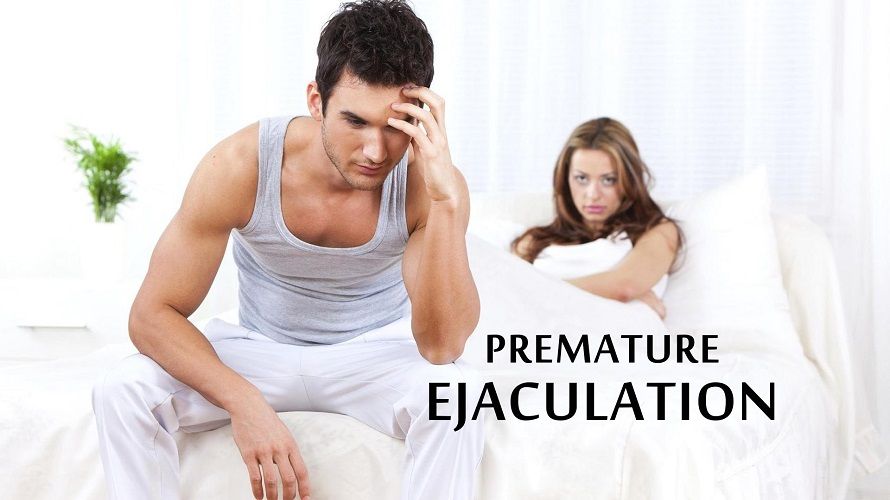 Premature ejaculation (PE) is the most common sexual dysfunction, which is less-than discusses problem among men.

Probably, all of you can imagine how embarrassing it is to be naked in bed with a girl while she looks at your soft penis after one minute of intercourse. Her eyes filled up with deception…

Does it sound familiar to you?

In this kind of situation, men felt so miserable about their sexual performance that they couldn’t focus on their work and other daily activities.

Even for some time they totally lost motivation to interact with women, because they don’t want to see this pitiful disappointment in the eyes of their partners again in their life! 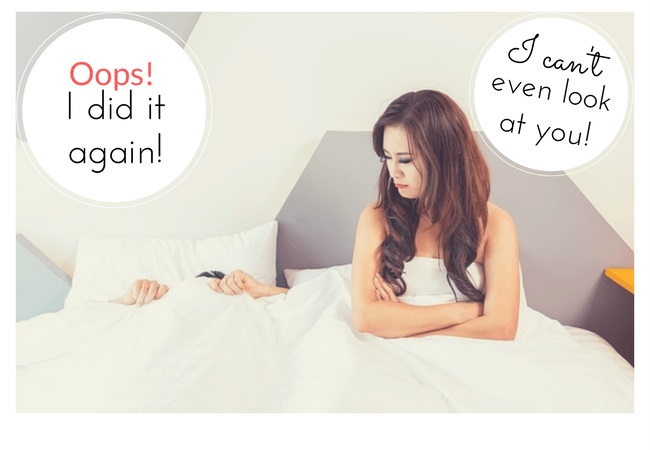 It takes some time to entirely solve this problem and become fully satisfied with their sexual life. Most of you may have looked through thousands of resources on the internet, facing plenty of myths about premature ejaculation.

Nowadays, sexual issues have become a popular subject and sometimes it is very easy to lose track of what is actually true and that’s just a lie.

Let’s finally reveal some myths and facts about Premature Ejaculation. The following myths you’ve probably heard and some of them can be downright damaging.

Fact: While there can be psychological elements to premature ejaculations, there are many cases that could be the results of an oversensitive head of the penis or glans penis. This is because ejaculation is exaggerated by stimulation to the head of the penis, men who are emotional, particularly in that area will require very little stimulation to ejaculate. Usually, they have what is called a low ejaculatory threshold.

Myth #2:  Premature ejaculation happens only to inexperienced and young men

We know that some of you are hoping that age would resolve the things, but if the disease stays untreated, the matter will remain the same and will not get better by themselves. Men who are simply been incapable of starting any physical relationships because of their condition.

Myth #3: Ejaculation is not something that can be controlled

Fact: This is not completely true. Actually, the fact is that men can learn to control ejaculation, just like the way bladder control is learned at a young age.

Myth #4: Premature Ejaculation will not affect your sex life

Fact: If men are worried that ejaculation may occur too soon, then it’s become difficult for men to relax and enjoy the experience of love making.

Also, their partner may not be getting full satisfaction from the experience, and as a result, they may avoid lovemaking specifically and intimacy in general.

Myth #5: Creams or Anesthetic sprays available at the market are good ways to control Premature Ejaculation

Fact: Products like creams or anesthetic sprays rarely work. Most of these numb the head of the penis and the partner’s vagina simultaneously thereby reducing pleasure for both.

Then numbing effect stops men from becoming familiarized to the sensation of making love for a long period of time and thus the problem will return as soon as you stop using those sprays or creams for good.

Myth #6: Long penetration is a crucial part of sex

It takes almost 10-15 minutes for a woman to reach orgasm. So, if you want to be an amazing lover, you need to make sure that your partner gets enough of the emotional support and cuddling. 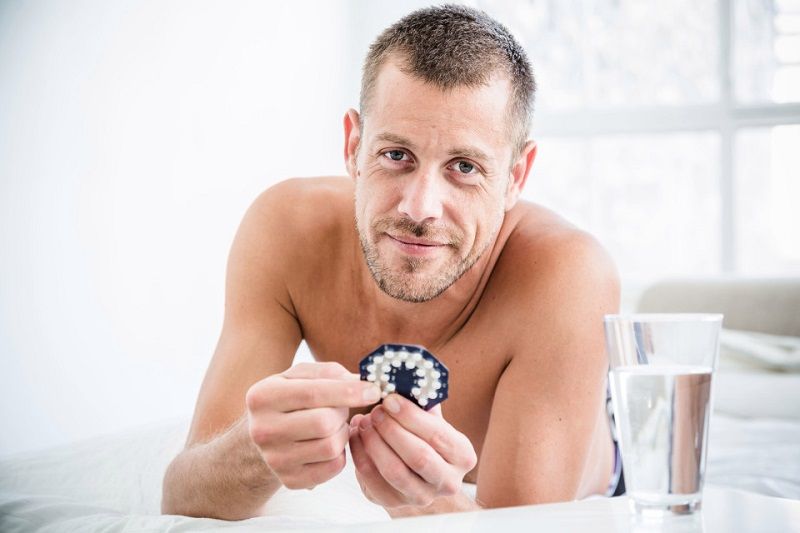 Fact: Taking alcohol, antidepressant, cocaine to resolve premature ejaculation may cause serious side effects.
While inhibition of ejaculation may be one adverse effect of these drugs.

In reality, more often substance abuse causes an inability to orgasm, erectile dysfunction, premature ejaculation, and other side effects. Besides this, antidepressants should be taken lightly and taken only under strict medical care.

Myth #8: It’s not possible to teach yourself to stay longer without taking pills

Fact: It is possible to solve a problem of premature ejaculation. However, it requires a complex approach and time, regarding your physical and mental habits as well. Kegel exercise was designed to train your pelvic floor muscles brings a number of benefits such as enhanced sexual functions and greater control over ejaculation.

Contrary to most advice found on the Internet, having pelvic muscles won’t do anything for you. You should know what moments to stretch them; this will surely make a huge difference especially when combining with relaxing techniques and natural supplements.

Myth #9: Your thoughts during sex doesn’t change how long you can last

Fact: Performance anxiety is a big endurance killer. If you experienced coming too early in the past your feelings and thoughts often times they even induce premature ejaculation thereby resulting in a self-fulfilling prophecy. The major part of sex is mental and this is why our habits directly influence our performance.

Till now we were discussing Premature Ejaculation myths and facts. But, do you know what factors lead to PE! Well, it seems like you don’t know the real cause.

So, let’s get to the point…

What is the real cause of Premature Ejaculation?

Premature Ejaculation is a sexually frustrating condition that is still not fully understood.
There are a number of theories about what causes premature ejaculation that have the proper scientific evidence to back up the claims.

In many cases, PE did not show any apparent cause. Shockingly, men learn how to delay their orgasm naturally so that they could get more experience in having sex. But in spite of all these, there is no guarantee they will not encounter premature ejaculation sometimes, especially when they are with their new sexual partner.

Some factors that may lead to premature ejaculation are psychological issues such as depression, performance anxiety, guilt etc.

What effects can PE have on a man?

Premature ejaculation is a physical issue that may lead to serious problems in various other aspects of life.
When a man comes to believe that he is inadequate, it may cause discontentment in a sexual relationship. A number of studies have shown that erectile dysfunction plays a crucial role in cases of premature ejaculation.

Men who constantly suffer from this condition may possibly have a psychological issue or hormonal imbalance; even a specific medication may have an undesired side effect on the body. PE can put a lot of stress on a man and may make him feel guilty, shameful or unmanly because he reaches orgasm quicker than his partner, thus leaving her unsatisfied.

The man does not get enough time to satisfy or understand the sexual needs of his partner, which can make the partner feel unworthy or unloved. This can certainly have a negative impact on a man’s confidence. In this case, what happens within the bedroom may not stay within those four walls and thus can affect other areas of relationships, making him unworthy or depressed after receiving sexual pleasure.

After reading this blog, you have a clear picture of some truths and myths about premature ejaculation. Luckily, PE is a treatable condition, but arriving at the root cause might be a lengthy process for some. So, if you’re struggling with premature ejaculation and looking for the best way to last longer, then do not wait any further and consult your doctor or other proven sources. We also suggest you to try to adopt a healthier lifestyle, getting plenty of exercise and eating plus drinking healthily. 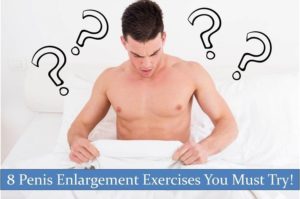 Men always wonder if they have the perfect penile size for an active sex life to fully satisfy their partner.A bigger penis not only makes you feel confident but also it’s important for a better sex life…. Read more 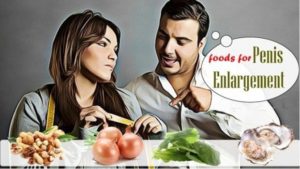 10 Best Foods You Should Eat to Increase Penis Size Naturally

We all know that eating organic foods has many significant health benefits, but most aren’t aware of the penis enlargement benefits. So, let’s get down to it and check out the specific diet or the nutrients that help in increasing penis size naturally….Read more

Hi Guys, this is Harry Devin, An experienced sexologist from Manchester, UK. I love to share my experience with the people to improve their sexual health and such kinds of issues......Read More Get Me on Social Channels: Facebook | Google+ | Twitter | Linkedin 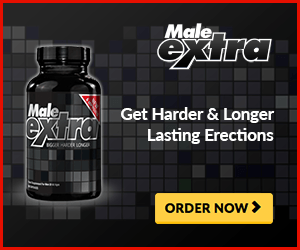 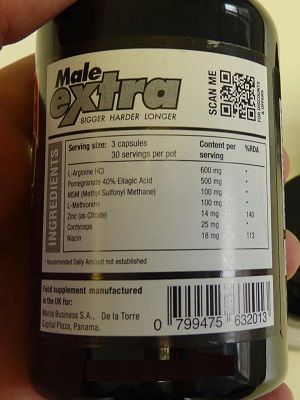 Join Our Newsletter To Get Latest Updates To Your Inbox!

Stay updated with male enhancement tips, natural penis enlargement products, and it's active discount offer.
You Can Unsubscribe Any Time!